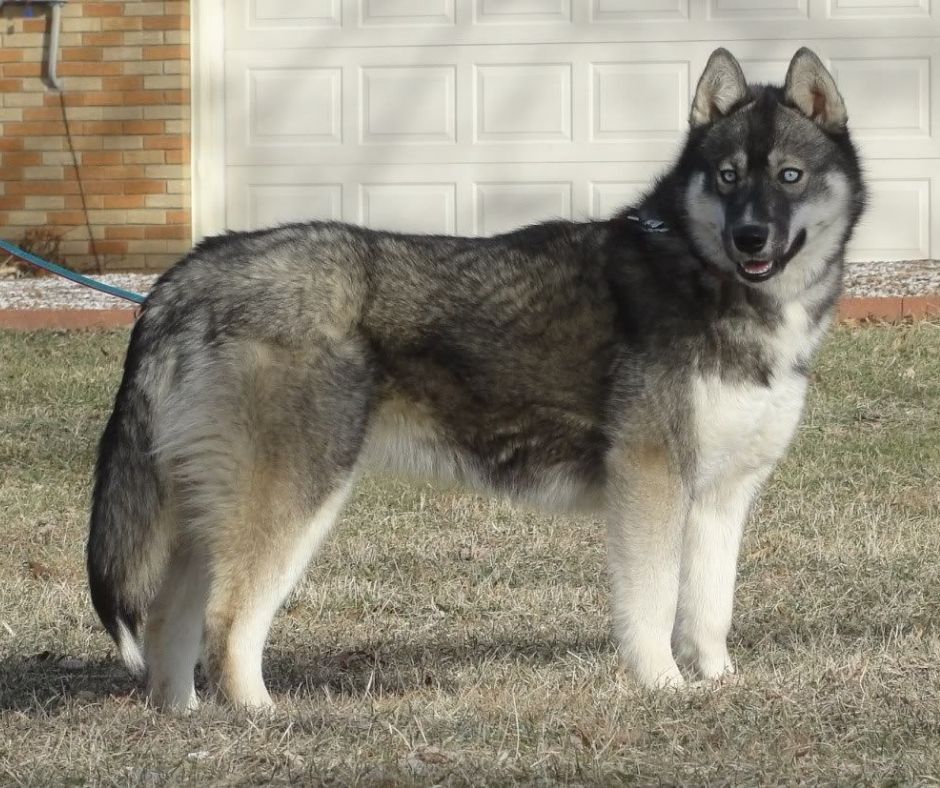 While you’re probably familiar with Siberian and Alaskan Huskies, what is an Agouti Husky? What’s the big deal about this breed? Is it a distinct breed, or is there anything more subtle that distinguishes this Husky from the others? You’ll be relieved to learn that this is not a breed or personality distinction; rather, the distinctions are superficial.

There are truly a plethora of unique colors and traits on an Agouti Husky that you will not discover in a Siberian or Alaskan Husky. Here, we will discuss everything you need to know about this breed including Agouti Husky price. Let’s get into the article.

What is an Agouti Husky?

Not all of their hair has colored strands; usually, only on the top of the head, back, and legs they have. From the root to the top, the hair on the chin, abdomen, and the backside of their legs is the same color as the red-based band on the banded hairs.

Huskies descended from a kind of wolf found in northern Asia and Russia known as the Taymyr wolf.

They were tamed and bred originally by the Chukchi, who utilized them as working sled dogs and companion animals.

Agouti Huskies are predominantly associated with working and sled dog lines; they are uncommon in the show ring and represent just a minor component of conformation breeders’ litters.

What Color is the Coat of an Agouti?

The most obvious distinction between an Agouti and other Huskies is the color of the Agouti coat Husky.

They have a unique coloration that is not present in the rest of the breed, which attracts some individuals while others may find it ‘filthy’.

The Agouti Husky is significantly darker in color than other Huskies. Darker tones are scattered throughout the coat.

The lighter hues have a softer creamy tone, as opposed to the conventional dazzling white shade found on the majority of Huskies. Agouti’s face and tail are darker than ordinary Huskies’. These are most likely the Agouti’s darkest patches, excluding the legs.

The hair shaft is colored in alternating bands from top to bottom, creating an interesting sight to see. Puppies of agouti are darker than adults. This is because aging has a detrimental effect on the deep tones of black coloring.

The Temperament of the Agouti Husky

Agouti Siberian Husky behaves similarly to regular Huskies. They have an abundance of energy, are quite clever, and are extremely sociable and loving with others.

They require mental stimulation to avoid boredom, and teaching them orders at a young age is a smart idea. Furthermore, kids enjoy playing, and the more vigorous the game, the better they will enjoy it.

Canicross is an excellent exercise to engage in with your Agouti Huskies. This is a jogging activity that connects humans and their pets. This activity was developed as a warm-up for mushing, but it has developed into a sport in its own right, notably in the United Kingdom.

Agouti Huskies have two coats and they shed twice a year, often in the spring and fall. You must be prepared to perform a great deal of sweeping during these periods. If you reside in a warm or hot area, your Agouti Huskies may shed continuously throughout the year.

The undercoat should never be removed since it is crucial for these dogs’ temperature regulation.

When it’s hot, it helps keep them cool; when it’s cold, it helps keep them warm. Additionally, the undercoat ensures that Agouti Huskies will require less cleaning. It includes natural oils that repel dirt and protect the dogs from harmful UV radiation.

Bathing your Agouti Huskies more than once a month is not necessary. Less is best unless they become stinky and soiled on their walks.

They, like cats, are adept at self-cleaning. Excessive showering dries up the topcoat, resulting in hair thinning.

Huskies are often extroverted and amiable canines. They like running and playing and are generally non-aggressive toward humans.

Huskies are not aggressive until provoked and get along nicely with people and dogs. Agouti Huskies demand a great deal of physical activity. If you are unable to give at least 1.5 hours of off-leash running each day for your Husky, do not purchase one.

A bored Agouti Husky may become quite destructive, wreaking havoc on his owner’s property. Due to these dogs’ black coats, it is highly recommended that they wear a high-visibility collar.

Without enough mental and physical outlets for their energy, huskies may rip up your sofa, claw holes in your door frames and walls, and consume whatever they come across.

Numerous adolescent Huskies are surrendered to shelters due to their high demand for action and proclivity for wreaking havoc.

How Much is an Agouti Husky?

Breeders will want to charge a premium for the animal’s appealing appearance and rarity.

When making a budget for a first purchase, do not forget about the extra money you need to spend for your pet’s comfort, including:

Agouti Huskies are gentle and friendly dogs. They generally get along well with youngsters; however small children should never be left alone with any type of dog.

They do not, however, work in a home when everyone is out most of the time. They require companionship or they risk being destructive.

Agouti Huskies should get along well with other dogs but may pursue cats. They are ineffective as security dogs because of their excessive friendliness and lack of suspicion of outsiders.

Agouti Huskies make excellent pets for those who have the time and energy, as well as the ability to teach them.

It is usually not suitable for dog owners for the first time, as the Agouti Huskies are notoriously stubborn and difficult to train if you do not have prior knowledge of dogs.

If you choose to adopt one of these wolf-like canines, you will have a lifelong companion.