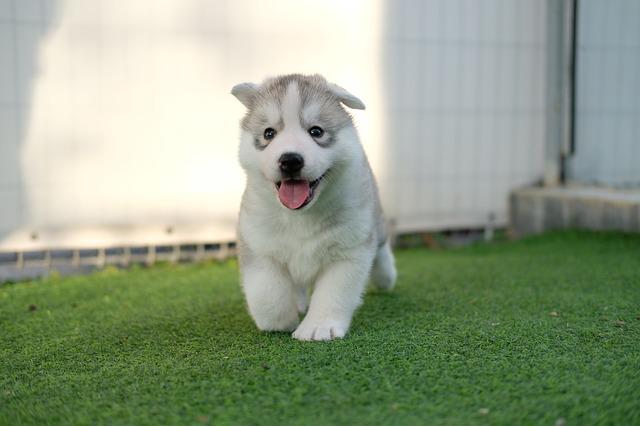 After having a husky in your house for years, you now think that it’s time to add another family member! As a husky owners, we usually want to have our pets their own puppies through breeding. But did you know that breeding a husky needs careful training because improper breeding can lead to various husky disorders and death?

That is why in this article, you will know the things you need to consider before breeding to ensure a healthy husky puppy. First, let’s discuss what will happen if you breed husky without undergoing check-ups.

If a female is not physically or emotionally ready to be bred, the pregnancy can lead to complications, and her health and the health of the puppies could be at risk. Your husky’s body should be mature enough to handle pregnancy.

Older females are more likely to develop complications during pregnancy because of their age, but younger females may not be physically mature enough to support themselves or their puppies. It’s also vital that she has enough energy for herself and her puppies; if you’re breeding your dog when it’s still young, it might not have enough resources left over after feeding itself and growing into an adult canine.

Huskies tend not to take well to a change in routine without some form of stress—which means that adding a new puppy into your home could cause turmoil for both you and your husky! Make sure you keep everything consistent during this transition period so that everyone can adjust comfortably. This is the most important factor, especially if you do cross breeding and selective breeding.

When a female husky is not yet ready for breeding but you insist on this practice, it can lead to death. Like humans, pregnancy can make the body very sensitive. So if the body of the husky is too weak, that will cause a lot of stress to her until her body collapses.

And if she has escaped death, expect various congenital disabilities such as hip dysplasia, heart problems, and other health issues.

If your husky is female, make sure that she is old enough to go into heat. Typically, female huskies can feel the “heat” at an average of 12 to 18 months, but there are some factors that can change when a husky experiences its first heat cycle.

Male huskies are usually ready to breed when they reach sexual maturity, which is about six months of age. Generally speaking, it’s not safe to breed from a male husky younger than this age because he may not be fully grown yet and could injure the female during breeding.

Also, take note that some male huskies may not reach full size until around two years of age. If your male husky is still small when you want to breed him, wait another year or two before trying again. It’s better to wait too long than risk injury during breeding!

To determine if your husky has reached sexual maturity, you’ll need a good look at his genital area. But if you don’t know how to check it, a trip to the vet for an exam will help determine this as well. The testicles should be descended, and the penis should appear long enough for penetration into female huskies but still short enough so that it doesn’t touch their openings.

How To Ensure Safe And Successful Breeding?

To get the best breeding results, you should test your husky to make sure that she is physically ready to have puppies. You can do this by x-raying her hips and pelvis. And if there is a problem, you may need to wait until the husky is older before breeding her. Aside from these, here are the things you need to consider to ensure safe breeding.

You can have your husky x-rayed to determine the state of her bones. This is done by taking several images of your husky’s hips and shoulders and looking at how they are developing. This can be done with x-rays once she is close to 18 months.

What you want to see is that the bones in both hips are fully ossified, meaning that all the cartilage has turned into bone. Additionally, both ilium should be completely fused together so that there is no space between them where the uterus and ovaries could slip up into the abdomen. You also want to make sure there’s no evidence of hip dysplasia or other problems with joint development such as OCD (osteochondritis dissecans).

Don’t breed your female husky until she is physically mature enough to do so safely. And to know the readiness of your husky, have her examined by a veterinarian before breeding. This is to know also if she may need a vaccination or deworming before the pregnancy takes place.

She will also need an internal exam by your vet if she hasn’t been bred previously; this is to determine whether she has any uterine anomalies that might prevent successful breeding later on. On the other hand, the male husky should be in the good physical condition and free from parasites and diseases such as heartworm, which can be transmitted to the female husky through semen transfer during copulation.

Keep in mind that the behavior of both huskies involved must also be considered when deciding whether they’re ready for breeding. If you think either of them would benefit from additional socialization training before becoming parents, then that’s another factor that comes into play here. Lastly, go for a professional and registered breeding center accredited by AKC to ensure that your pup will come alive healthily and that the parents will be stable after breeding.

After successful breeding, and now you have a puppy, here’s the perfect article for you to know the temperament of your new pup.