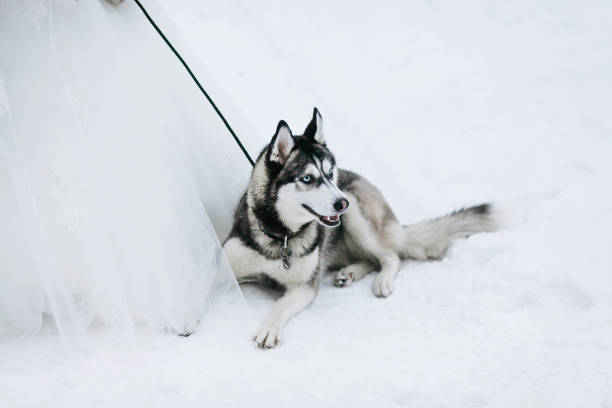 Being a husky parent includes dealing with barking huskies. It can be annoying and tiring, especially when you don’t know why your husky is barking at you. You might lose sleep, or your patience, trying to figure out why does my husky bark at me.

Huskies are known for their howling and talking abilities, but sometimes that talk can turn into excessive barking. If your husky is driving you crazy with its barking, here are a few reasons why and how you can stop it.

Huskies were bred as working dogs, and barking was a way to communicate with their human pack leaders. In the wild, huskies would bark to alert the pack of danger or let them know where they were. And today, domestic huskies still retain that instinct to bark and howl. But aside from their innate desire to vocalize, there are other reasons why your husky might be barking excessively. Here are some:

Since huskies are bred as working dogs, they have a lot of energy that needs to be released. And they tend to release it through barking and howling when they’re bored. It’s their way of saying they need something to do.

Huskies are social animals that crave attention from their human pack. If they feel like they’re not getting enough attention, they might start barking to get your attention. They might not stop barking until you give them the attention they need, whether that’s playing with them or just being in the same room with them.

Huskies can also bark out of anxiety or fear. If there’s something that’s making your husky anxious, like loud noises or unfamiliar people and animals, it might start barking to try and scare them away. It’s also possible for huskies to develop separation anxiety if they’re not used to being away from their pack.

Like all social animals, huskies don’t like being alone. If your husky is left alone for long periods of time, it might start barking out of loneliness. They might also start destroying things in your home out of loneliness.

Since huskies are bred as working dogs, they’re natural protectors. If your husky perceives a threat to its pack, whether that’s you and your family or just your home, it might start barking to try and scare the threat away.

Huskies can also bark out of excitement, whether that’s excitement at seeing you or another dog. If your husky is barking out of excitement, it might be hard to get them to stop. They might not stop barking until they’ve burned off all their energy.

One of the most common reasons for barking huskies is because they’re hungry. If your husky is barking and you haven’t fed them in a while, chances are they’re hungry. And since they are working and active dogs, they need a lot of food to sustain their energy.

Another common reason for barking huskies is because they’re sick. If your husky is barking more than usual, it might signify that something is wrong. They might be in pain or have an illness that’s causing them to bark.

Some huskies also bark as a warning to their pack. If they sense something is wrong, or there’s danger, they’ll start barking to warn you. It’s their way of trying to protect you from harm. So the next time your husky starts barking, take a moment to try and figure out why. If you can’t figure it out, chances are they’re just trying to tell you something.

Tips to Get Your Barking Huskies to Stop

Now that you know why does my husky bark at me, it’s time to learn how to get them to stop. Here are some tips:

✔Give Them Something to Do

If your husky is bored, give them something to do. It could be a toy to play with or a puzzle to solve. If they have something to occupy their time, they’ll be less likely to bark out of boredom.

If your husky is anxious or afraid, create a safe space for them. It could be a quiet room where they can go to relax. Make sure there are no loud noises or unfamiliar people or animals around.

✔Feed Them on Schedule

If your husky is barking because they’re hungry, make sure you’re feeding them regularly. They should have two meals a day, and each meal should be around 2-3 cups of food. Once their tummies are full, they’ll be less likely to bark.

✔Take Them to the Vet

If your husky is sick or in pain, take them to the vet. They might need medication or treatment to help them feel better. Some illnesses can also cause dogs to bark more, so it’s essential to get them checked out by a professional.

If you’re going to be away from home for an extended period of time, hire a dog sitter. They can ensure your husky is fed and has something to do while you’re gone. It will reduce the chances of your husky getting bored or anxious and barking.

If your husky is barking out of excitement or frustration, put them in a crate. It will give them a safe feeling to calm down and prevent them from getting into trouble. But make sure the crate is big enough for them to stand up and turn around, so they’re not cramped.

If your husky is full of energy, make sure they’re getting enough exercise. They should be walked or run for at least 30 minutes a day. And if possible, take them to a dog park or doggy daycare so they can play and burn off some energy.

Things to Avoid When Dealing With Barking Huskies

❌Don’t Yell or Hit Them

Yelling at or hitting your husky will only make the problem worse. They’ll become scared of you and might start barking more out of fear. If you’re having trouble getting them to stop, try using positive reinforcement instead.

❌Don’t Give Them Too Much Attention

Barking is a normal part of being a dog, but it can be frustrating for owners. If your husky is barking too much, try to figure out why does my husky bark at me and use the tips above to get them to stop. You’ll both be happier for it. For more information on huskies, check out our other articles here.